Seven rings were given to the Dwarf Lords. Great miners and craftsmen of the mountain halls.

Yes people. The Dwarves have finally arrived at Hobbit hollow to work their craft. ”Tis a craft my friends. The Hobbit house would not be complete without a touch from the dwarves.

In my mind it is the dwarves influence that gave way to the design and construction of Hobbit houses as it were. How could it be any other way?

Welcome friends of Middle Earth! Ah yes. It has begun. The stone facade is finally on its way. Hopefully the weather will hold for another week or two. I never had the opportunity to watch someone assemble a stone wall. It’s slow and tedious work though. It reminds me of doing a jigsaw puzzle that you  have to assemble but none of the pieces fit and there are none in the box. (Not a very good analogy) You have to have the vision to see where things go and how they might fit together. You must have to have a pretty good eye and imagination to “see” what might fit where and how certain stones might be chiseled to fit in.

So interesting to see it go up. I stopped by every night after work to see how far he got. It’s slow though. I thought he would have gotten a lot farther then he did. He also is using the stones from the property which was a huge concern of his and mine as well. Searching around the property to find stones is no small task. It sounds like a plan but you really need a lot of stones to put a wall like this together. And quite a few are useless. To wide or round or whatever. He has quite a sample though. Check it out.

He brought an ATV (All Terrain Vehicle) to the house so he could load them up and drive them to the front. Pretty good idea.

So yeah. I really like the way things are coming out so far. Using the stone from the property was really the way to go. It’s such a nice blend. I’m actually rethinking how I’m going to finish the door trim. We”ll see. I’m not sure a bright door trim is the way to go with the stone. Might have to do a sample or mock up of a few different things. It’s important to get this right. Let me show you what he did so far.

I’m hoping he finishes the front of the house this week. Sounds like the temperature is going to hold for another week and a half. It changes the whole look and feel of the house. Maybe I’ve been staring at that styrofoam too long. It really is looking good.

On another front my excavation guy dropped off his machine the other day. Looks like he’s going to start this week as well. I have to give him a call. I have to finish getting my stuff out of the garage too.

On my end I got a bunch of little tedious odds and ends done this weekend. Not much to show for a days work. I laid out the wall in the master bathroom in the wrong spot way back when when I did the original layout. My fault. I didn’t notice that an electrical line came throught the ceiling outside of the wall line. I had to take the whole wall down and replace it. What a pain in the neck.

I also wired the common bath lights. One of the high hat lights is messed up. The internal wires and the part of the fixture that holds the bulb is missing. No idea what happened there. It’s as if the whole thing was ripped right out. Even the screw where the wingnut goes is gone. (Kind of hard to explain.) Hmmm. Not sure how I’m going to fix it yet. Oh I’ll figure it out.

I’m getting real close with the electrical. Probably two full days and we’re done and ready for inspection. If I get good weather next weekend I’ll be working on the exterior trim though. Have to utilize my good days outside as best as I can.

The heat pump is working great by the way. Keeping the house at a toasty 62 degrees. Good thing I had them do the installation when I did. It got down to 18 degrees the other night. Brrrrrrr! Can’t have my water tank freeze.

So I had to go see my sister the other day up in Orange County. I took the Palisades Parkway up from the city. What  a nice drive. I stopped at a scenic overlook.

See you all next week!

PS: Walked by a job I did quite a few years back on 63rd between Central Park West and Broadway. Right next to where we are working right now. Just a few pictures of the art in architecture. 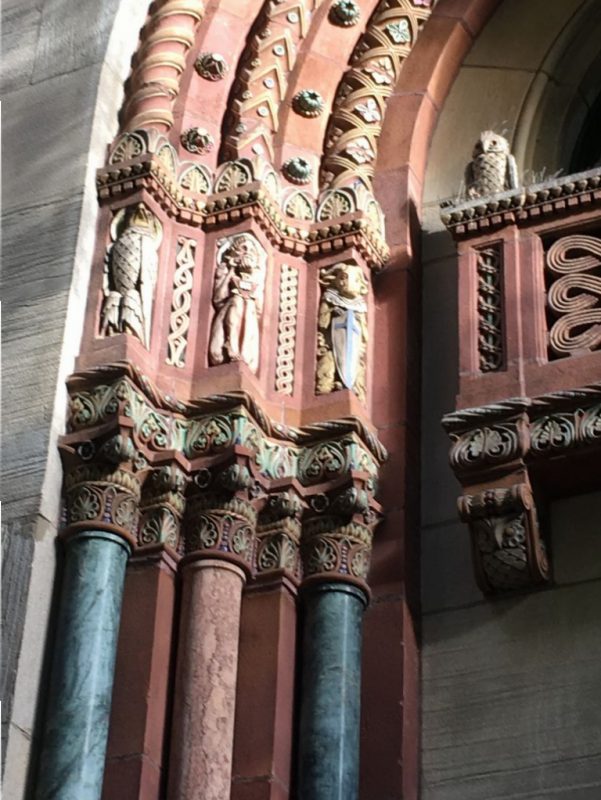 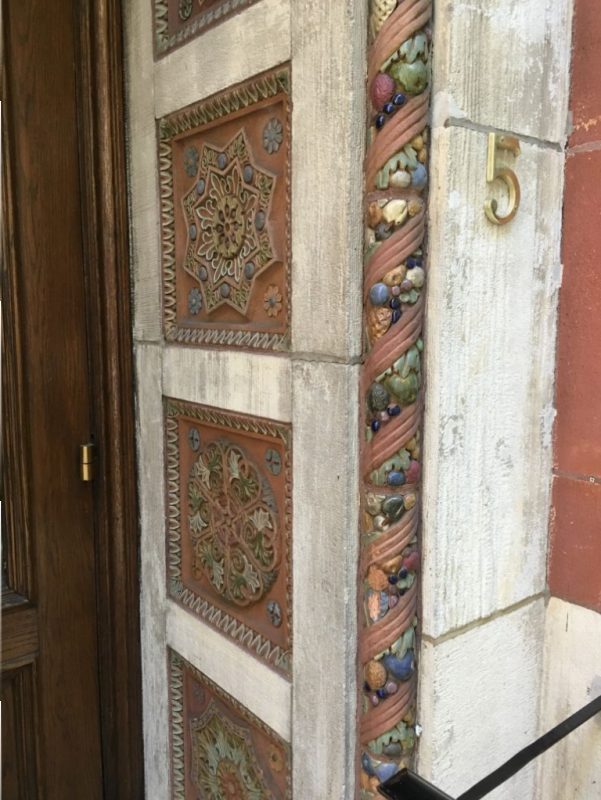 The colors really make it special.

2 thoughts on “The Dwarves….Great Miners and Craftsmen of the Mountain Halls”