Hello again friends of Middle Earth! Glad you stopped by!

Is it just me or are the weeks going by like lightning or what? This week at work was a blur if you will. Boy are we busy. It was really relaxing to go over to the house Saturday and just work. I guess that probably sounds a little weird to most. It’s therapeutic for me. Working in the city, with the noise and traffic and all the other stuff going on is a little hysterical. I had a nice morning breakfast and chat with the Editor and then I headed over to the house. Very relaxing.

So the task of the day was to figure out how to frame the bedroom windows of the Hobbit house. So these windows are a completely different animal than the front windows. On a number of levels I might add. A few of the levels: They’re over 8 feet wide, they weigh 800 pounds, they’re not symmetrical, the height is almost right up to the ceiling so nailing studs on top of a header beam will be nearly impossible, a header beam won’t be possible either because of the height, and a couple of other things that would take too long to explain right now as well.

Wasn’t I the guy who designed the thing? Hmmm.

Yeah it was me.

I had this vision that I really wanted to try on the back side of the house with these windows. The idea was to maximize the window opening and mimic the curvature of the roof line. Easier said than done.  On paper the distance from the top of the window to the roof line was supposed to be constant. Somehow I miscalculated this when I drew out the window. I also miscalculated the height on the low end. I checked the framing that I had Jude and Zach install  last summer and I don’t have enough height.

Not good. Not good at all.

What does that mean? It means I have to reframe the windows is what it means. Take the wiring out, dismantle the framing, re-lay out the location and re-frame the opening. It’s not 5 minutes work either. Like I’ve said in the past. Haste makes waste. I should have laid out the window and taken full scale measurements for exactly where I wanted to put it.

I did a really good drawing for these things and I’m not sure how I messed it up???????

Bottom line is framing these windows is going to be a real challenge. Which is really what building a Hobbit House is all about. The challenge of it all. Right? It’s therapeutic.

Did I actually say that?

So what I had to do with the window framing is shift the windows towards the center of the house and drop the sill elevation 4 inches. That gives me the spacing I need on the outside for my window trim and a little extra for siding. Let’s just do it.

It’s a little hard to see but we did a bit of wiring there as well. So that had to come out too. I lucked out this weekend because Terence came over to give me a hand so he went and picked up some of the framing lumber that I needed from the local lumber store. That was great. That saved me a good hour. While he was gone I got started and preped everything that I could. Here’s a little framing 101 if anybody’s interested.

When you frame straight walls you layout your stud locations on 16 or 24 inch centers on your top and bottom plates. Then you align your studs with these layout marks and nail the studs into the top plate with 10 penny nails. Once this is done you lift the wall up into its vertical position and toe nail the studs on the bottom plate layout lines. Hmmmm. Well….Okay I know that didn’t help but maybe this picture will.

Once this is nailed up you tilt it up and nail the bottoms to the bottom plate. 1-2-3 done.

So the other thing we worked on is the French drain. I mean I don’t know too much French but I think that’s what they call what Terence and his friends Paul and Ben worked on in the afternoon.

We have this major runoff problem that I spoke of on the East side of the house. The water comes down the hill and turns into a small river eroding my future patio area. What to do to prevent further erosion?

The French drain. Basically a small trench with stone to divert the runoff water to a better location. Picks, shovels, a wheelbarrow, and a lot of sweat. Here they are having at it.

Paul broke the pick 10 minutes into working. So instead of paying him cash I just gave him a quarter pound of bacon. What is it with these kids? Every time I give them a tool it always comes back broken. I think Paul got the better end of that bargain. He likes bacon a lot and I got a broken pick-ax. They did a really good job though. I think in another two or three hours they would have finished the whole thing.

So what I’m going to have them do is line the side of the drain with stones as well. This way the sides don’t collapse. The other thing I’ll do is bring some more soil up there and level it out better. Most of the topsoil got washed away already. Hopefully we’ll be able to set this up before the next big rain storm.

I’ve actually forgotten to mention my tooth saga that has been plaguing me over the past 3 to 4 weeks. I mean let’s  face it. Tooth pain is the worst. Well, maybe not the worst but it affects the whole feeding cycle. You know what I’m saying. Anyway I’ve been having trouble with this tooth for a good year or two. Especially when I chew M and M’s on the right side of my mouth. Shooting pain. But four weeks ago it was different. I wasn’t even eating M and M’s and I was having pain. Pain where you want to rip the tooth right out of your head. I couldn’t even tell which tooth it was so I was going to just pull all of them out with some needle nose pliers. Only kidding. I knew I had to go to the dentist. My sister Mary is a prosthodontist so I rang her up  and made an appointment.

Okay Jim we’ve all been through this so get to the point!

Bottom line is that I need a root canal. The guy starts the root canal and then realizes that my tooth is cracked all the way through and that the root canal is a waste of time. So I have to go back to Mary and have her pull it.

Why was I thinking that pulling a molar was going to be like 5 to ten minutes work after they numb you up. I was in the seat for an hour with my sister using every tool in the book to get this tooth out. They always ask you the same thing at the dentist. Even when it’s your sister doing the work. Quote, “How’re you doing?” Like you can actually speak with all the Novocain they shoot into you. They ask you this at the 55th minute of work. What are you supposed to say? Could we come back tomorrow? Anyway, one of the roots broke off inside my gum so that didn’t help the situation. I really wasn’t expecting it to be such an ordeal.

Maybe that’s why my weeks have been going by so fast? I don’t know.

But I had M and M’s for the first time in a long time and there was no shooting pain!

See you all next week! 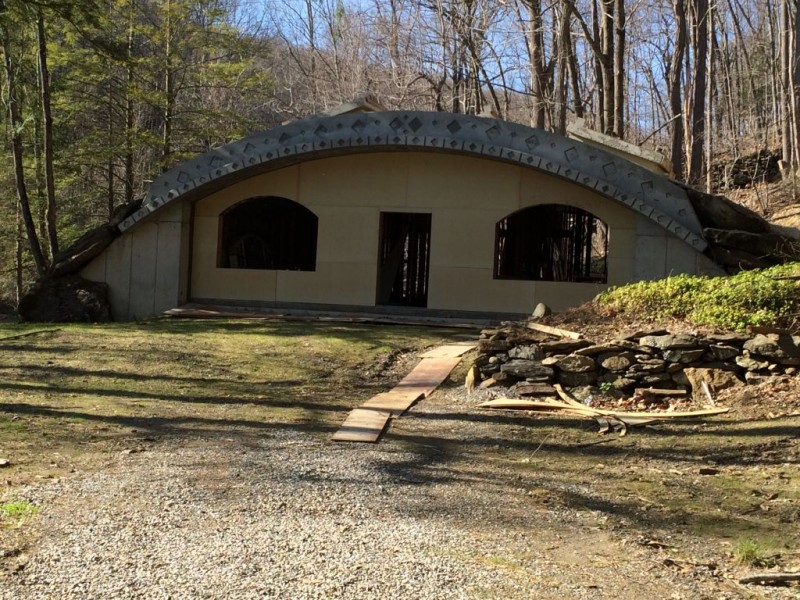 1 thought on “A Miscalculation, a French Drain……A Tooth is Lost”